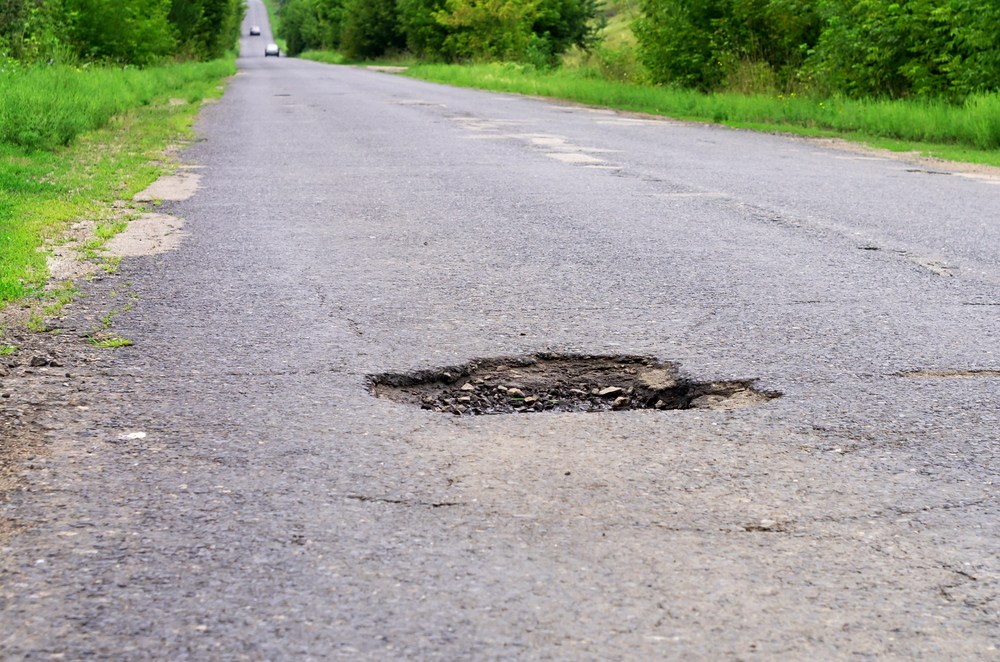 As temperatures climb, you may start to notice an increase in tire blowouts and accidents around town. This is because spring is the season of pothole formation. Potholes are not only a major inconvenience, but also a serious safety problem.

Why Potholes Are Worse in Spring

March and April have two characteristics that fuel the formation of potholes – plenty of rain and fluctuating temperatures. Of course, Washington is rainy year-round, so the real problem for us in spring is the constant dance above and below the freezing point. On any given day, the water in the ground may freeze or thaw, which greatly affects the composition of our roads.

Potholes are caused by the degradation of both the asphalt and the roadbed that lies just beneath. Over time, a large amount of traffic and water will cause them to break down and collapse, creating a pothole.

What to Do About Potholes

The government is responsible for maintaining public infrastructure. While they are supposed to survey the roads, it also helps if you report any potholes you see so they are alerted to a potentially dangerous situation.

Residents in the Seattle area can report potholes to the Seattle Department of Transportation (SDOT) by taking a photo of the pothole with the Find It, Fix It app, filling out an online report or calling (206) 684-7623 (ROAD). SDOT usually fixes potholes within three days of receiving a report, unless the pothole cannot be fixed. For example, a pothole cannot usually be fixed in rainy weather because the patching materials will be ineffective. You can also see where potholes have already been reported using the SDOT Pothole Status Map.

While you can rely on SDOT to fix potholes on public roadways, you are responsible for the safety of your own roads, lots and driveways. You don’t want a visitor or patron to hit a pothole and suffer vehicle damage. Plus, you want your pavement to look its best for spring and summer!

Lakeridge Paving Co. has provided pothole repair and repaving services to the greater Puget Sound area for more than 40 years. Our team is tight-knit and efficient, with many of us having worked together for 20 years or more, so you can be sure you will receive speedy, high-quality service. Call us at (253) 631-8290 to schedule service today.